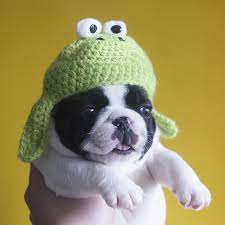 The Dog in a Hat is a dog wearing a frog hat. They appeared on twelfth Nightfall thread here

when Neon's internet connection broke-down because of a snowstorm, so LinkZeldi announced that there wouldn't be an update, and instead posted a picture of the dog. This announcement was also posted on the mirror

Retrieved from "https://homestucknightfall.fandom.com/wiki/Dog_in_a_Hat?oldid=7231"
Community content is available under CC-BY-SA unless otherwise noted.